I have mentioned it before, and it is almost certain that I will mention it many more times, but I have one of the most awesome support systems around. People who will listen to me, will cheer me on, will cheer me up, or even just smile and nod as I go on about where I am in the query process or my latest and greatest new book idea.

What I have noticed, however, is there is a difference in types of support I get. There are the supporters, who do the things I mentioned above, and then there are the believers. 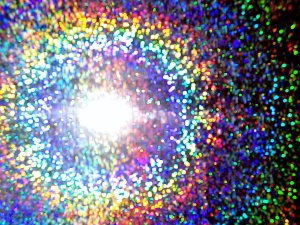 I seriously just typed in “sparkles” to a Google image search because I didn’t know how else to convey the magical quality I was going for.

Now, supporters are fabulous. I love my supporters. But they differ from believers in many ways. Supporters want to, well, support your dreams, but they don’t necessarily believe that you can achieve them. They will smile and nod as you wax poetic over a particular passage you’ve just written, but internally they are composing their grocery list. They will cheer you on and celebrate, but in their heart of hearts, they see it all as a pipe dream. (What is a “pipe dream” anyway? I mean, is it like in Super Mario Bros when Mario goes down a pipe? Sometimes he finds coins down there, so it can’t be all bad!)

The best example of supporters I can come up with is American Idol. Not the contestants, but the family members, waiting behind the doors, as their loved one goes in and embarrasses themselves in front of the nation, because, well, they just simply can’t sing. (I should do a disclaimer here. Anyone can sing. And should sing. But not everyone is cut out for American Idol. I have always loved to sing, and I am fairly decent at it, but I would never think to try out on national television. That’s all.) It was their dream to sing, so they were very supported in it, but in the end, most of those people were not true believers. They wanted to be supportive, so they didn’t say anything negative or hand out any sort of criticism. That sort of support is dangerous.

The more innocuous supporters are those who really have little interest in what you’re doing. Say you, I don’t know, wrote a book or something. Perhaps they vaguely know that you’ve done it, that you’re proud of it, but they refuse to read it or even really mention it. They support you because they feel obligated, not necessarily because they have any real feelings about it one way or the other.

Believers want your dream to come true as passionately as you do. They are interested and invested in every step of the process. They cheer you on from deep within, because they know, oftentimes more than you know yourself, that your dream will come true. They have less doubts than you, because we are often our own worst critics. They sleep sound in their unfailing belief that you are destined for the greatness you deserve. Even if it takes 40 years.

We all need believers. They are our fuel. They pick us up when all we want to do is curl up in a ball and figure out how to wriggle under the couch to hide from the computer for a while. They are at the front lines in the battle against doubt and self-loathing. They are essential.

There is nothing wrong with having a lot of supporters, as long as they’re not feeding the self-doubt. Mine sometimes do. When they brush off my excitement, or refuse to ask anything about this journey I’m on. When they roll their eyes or talk with that tone that says, “Aww, aren’t you sweet? I’m patting you on the head right now, snookums.”

But for sure surround yourself with believers. Your biggest believer, should, of course, be yourself, but it’s important to have backup, especially when the rejections are rolling in, and the words are stuck someplace between the brain and the fingers (perhaps caught on the clavicle?). They’ll keep you going until you’re strong enough to forge ahead again.

So thanks, believers. Don’t stop believin’… (oh, you so knew that was coming!)

This entry was posted in Uncategorized. Bookmark the permalink.

1 Response to Supporters and Believers