While we’re on the topic of social media (we are, trust me), I want to touch on something that I see waaaay too often lately. This applies across the board, not just to writing. It’s this sort of thing… 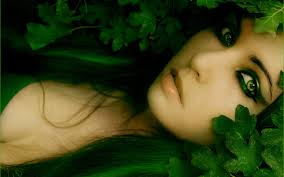 Ugh, I can’t believe how weird my nose looks in this picture. Sigh.

Anyone else? I am so tired of people posting selfies and writing how terrible they look. There’s a word for that: fishing. Let’s face it. You’re not posting a picture of yourself because you think you look horrible. (Sometimes I post pictures of myself that I hate because I’m with people that I love, and that’s more important to me, but still, no disparaging captions!) Worse, when their friends rush (as they will) to tell them how amazing they look, and how wonderful they are, they’re like, no, no, why would you say that? I’m so gross.

Here’s what that does. First, it devalues what the other person has said, as if their opinion doesn’t count. Second, it annoys the bejeebers out of people, especially when it happens all the time. I know we all have those self-conscious moments, those times when we feel less than beautiful, and it’s lovely to hear a compliment. But asking for compliments (which includes posting selfies, in my opinion) and then denying them just looks needy. (Don’t get me wrong, I’m as needy as the next girl, but I ask for my compliments privately ;)) (I’m using a lot of parentheses in this entry.)

So, some easy steps to follow, because everyone likes lists, right?

1) If you truly think you look awful in a picture, don’t post it.
2) If you like a picture of yourself, by all means, post it! But no negative comments!
3) There is one reply to a compliment that is always acceptable, and should be the go-to when you’re not sure what else to say: THANK YOU.
4) Seriously, whether you agree or not, say thank you. Don’t ask why. Don’t argue. Just THANK YOU.
5) This applies to anything you post online, not just pictures. For example: “A guy whistled when I walked by today, and I am having the WORST hair day. Why would he do that?” Just…don’t. Make it funny, own it if you want to share that information, but don’t fish. Save that for the real seafood.

There’s a flip side to this, and I think this side applies more to the writing part of this blog. (Is this too long already? It might be too long. If you’re still reading, HI and thanks for sticking around.)

It’s super hard sometimes to take criticism, even when it’s constructive and well-meant. There are two main negative reactions to criticism.

1) I’m a terrible person and a terrible writer. I should burn all my work and dig a hole and crawl in and never subject the world to my terribleness again.
2) YOU DON’T KNOW WHAT YOU’RE TALKING ABOUT. SHUT UP SHUT UP SHUT UP.

You can see why neither of these reactions is particularly productive. While they appear opposite, they have one really important thing in common: neither is going to aide in improvement.

Here’s a writing secret that’s not actually a secret. There’s no such thing as a perfect first draft. I’ve read that countless times. I’ve lived it. I can look at something and think, “Voila! Perfection! Nobody has ever written anything as shiny as this!” and then send it to my CPs, who rip it limb from limb. And GOOD. Because it always comes back even better. It takes work, and sometimes the criticism hurts, more because of the time and effort that went into creating something spectacular than the actual constructive criticism received. It HURTS to get rid of some of your favorite lines and words and scenes because they just don’t work in the greater context. But it’s necessary.

So, another list for you! On how to take criticism:

1) Listen carefully.
2) Delay your reaction. Eat some chocolate. Read a book. Let it simmer.
3) Attempt to look at the suggestions critically and as objectively as possible.
4) Decide which bits could be true, and which miss the mark, based on your vision, because it’s still your work.
5) SAY THANK YOU. Whether you agree or not, if someone has taken the time to help you out, show how grateful you are. It’s not an easy job.

Of course, if the criticism is mean-spirited, by all means feel free to lick them or something. (I can’t condone violence, but licking is more peaceful resistance, right?) And, though it shouldn’t need to be said, don’t ask the opinion of someone who has been mean-spirited in the past. Constructive criticism is necessary for growth and improvement (hence “constructive”), but people being critical just for the sake of finding things you’ve done wrong are not the sort of people whose opinions need to be considered.

(Sidenote: If you are in the position of giving feedback, make sure you point out the good AND the areas for improvement. Too much of either is not helpful!)

So, now that you’ve got the Facts of Life theme in your head (if you’re old enough to recognize the inspiration for my title), go forth, taking the good and bad, taking them both, because, really, they are the facts of life. 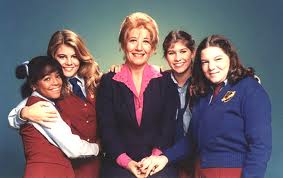 Am I aging myself by posting this?

This entry was posted in Uncategorized. Bookmark the permalink.

3 Responses to You take the good, you take the bad. Seriously, TAKE THEM.